After years of clogs, restroom backups, and emergency calls, this site no longer faces constant lift station failures. This project has allowed the property manager as well as store staff and customers to justifiably rely on lift station function without fear of blockages.

This story of this lift station is one we hear all too often. Designed and constructed years ago, the system was left to follow a run-to-fail maintenance strategy. Neglected and without a proper maintenance plan, the system ran without issue for a time, until it did not. As expected, the lift station eventually failed, causing restroom backups, and requiring emergency services. This happened again, and again, and again. At each failure, a new contractor was brought in, focusing on quick fixes rather than finding the source of the failure. The total cost accrued skyrocketed, and eventually, the property manager wanted change and called AQUALIS.

When AQUALIS was first brought onsite, the system had been through so many contractors, attempted repairs, and makeshift adjustments that AQUALIS’ Lift Station Senior Director could only refer to what he saw as “Frankenstein pipes.” The station was poorly configured and poorly maintained. 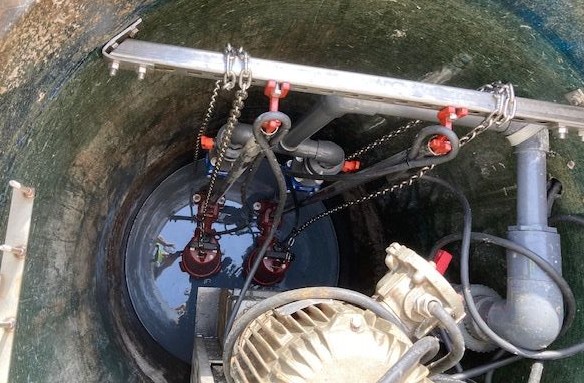 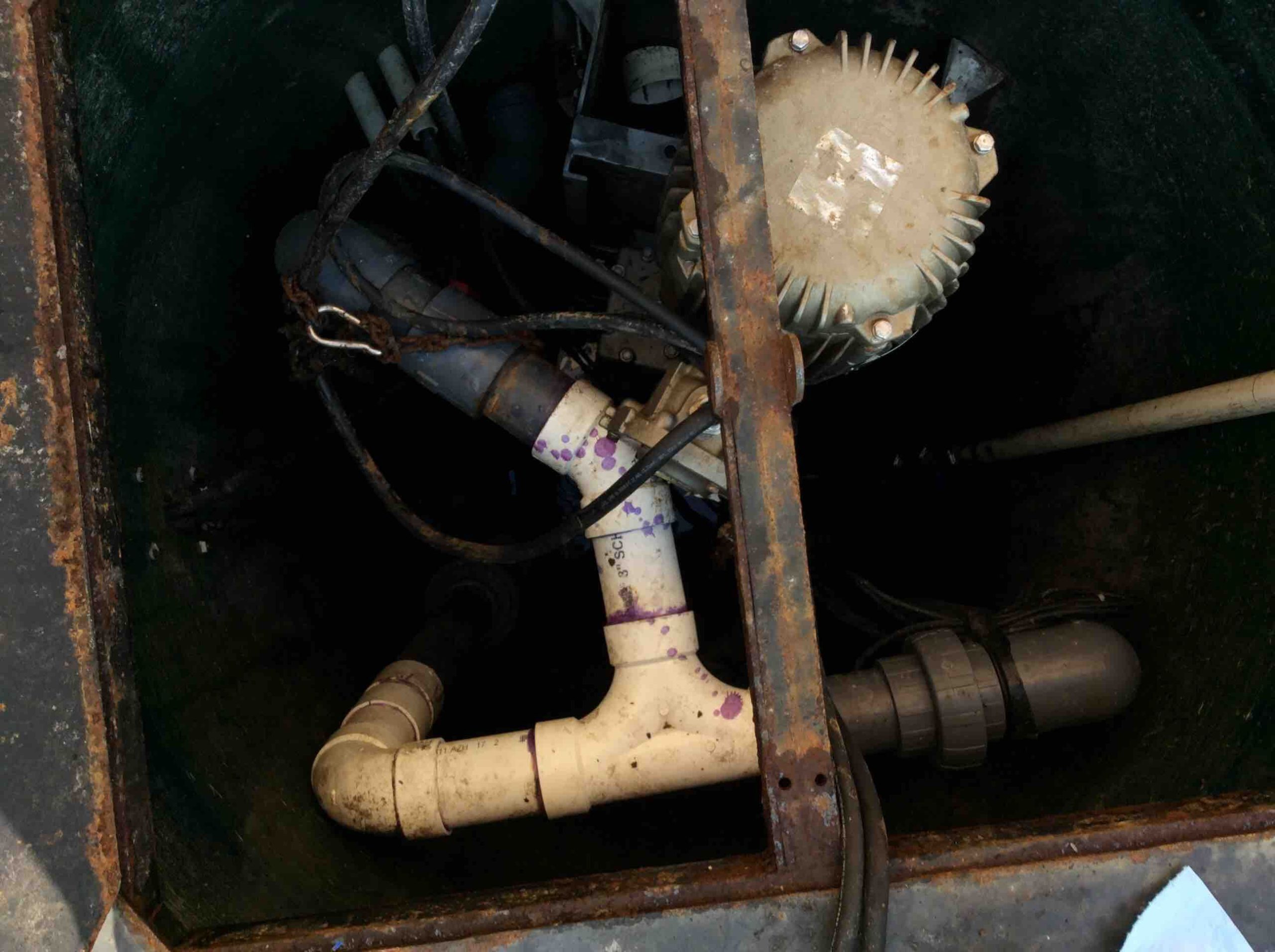 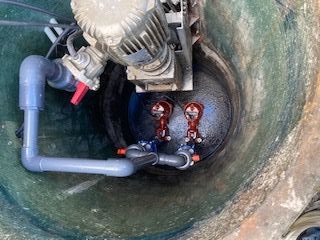 AQUALIS specialists got to work by inspecting the entire system, rather than just assessing the pipes where clogging had occurred. Through this in-depth system analysis, the team was able to identify the current location and placement, as well as the lack of maintenance of the grinder to be one of the root causes of continued clogging. Due to its placement, it was not able to properly shred any foreign materials that may make their way into the system and therefore allowed large clumps of toilet paper, flushable wipes, and other debris to accumulate within the pipes. The hard piping that was used throughout the discharge system was another key problem that prevented the system from being adequately maintained. Due to the numerous repairs done by previous contractors, the piping was no longer a straight line and instead bent in all directions and switched between a variety of materials. This allowed materials to collect within the unnecessary turns and less than ideal connections between sections of pipe.

To prevent future reoccurrence, AQUALIS removed the grinder, as well as all the pumps and discharge piping. A full and deep jetting cleaned the station of any remaining accumulation and sedimentation. New pumps and level controls were implemented. To straighten the flow pattern and minimize areas where materials can catch, all new and consistent piping was installed. The grinder was rebuilt due to components that had not been maintained and were well past their lifespan. Since the completion of this project, the site has received routine maintenance with no failures.

AQUALIS only offers long-term solutions. Working our way backward, we find the root cause of issues to ensure our customers’ systems are more than just “up and running” – we will prevent reoccurrence.