The Twenty-Thirst Century: Retaining Stormwater as a Vital Resource 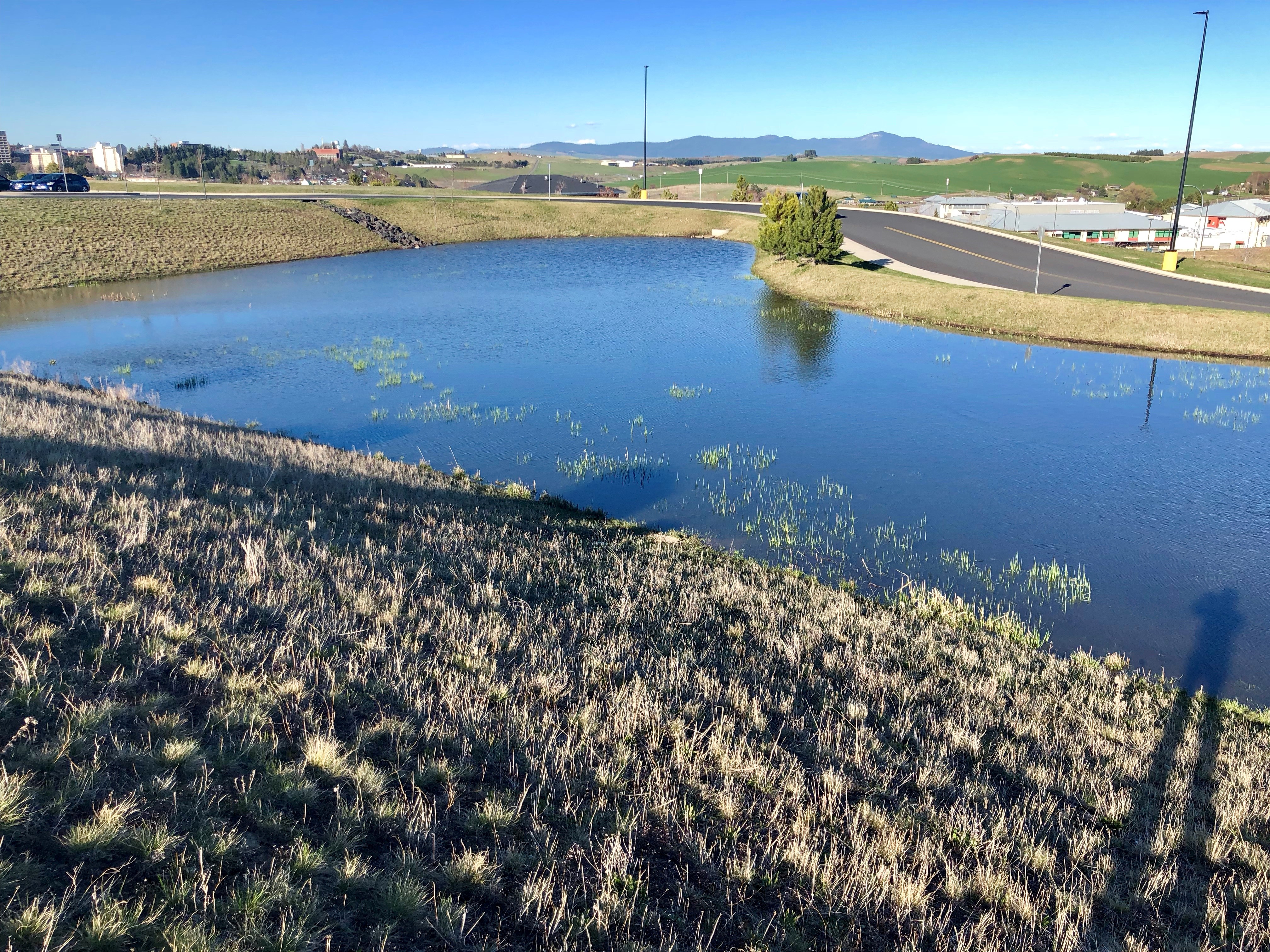 We are known as the blue planet for good reason: 75% of the surface of the earth is covered by water. However, that does not mean that we have an endless supply of drinkable freshwater. In fact, nearly 99% of the water on earth is not potable by humans or other freshwater-dependent plants and animals and only 0.3% of our freshwater is found in the surface waters of lake, rivers, and swamps[1]. 68% of the freshwater on earth is trapped in icecaps and glaciers, and only a little over 30% of freshwater is found in groundwater1. With a growing population, resource scarcity is a growing concern. For areas of heavy urbanization and agriculture, re-hydrating the landscape could be the main approach for staving off widespread hunger and thirst.

The loss of freshwater supplies leads to desertification, which is the permanent loss of land that was once arable. Desertification occurs in arid, semi-arid, or sub-humid areas that have low or variable rainfall[[2], which accounts for 40% of the worlds surface area. Desertification is a result of urbanization, mining, deforestation, farming, and ranching. Land use is being altered to include less natural vegetation and more cropland, impervious surfaces, and livestock.

Soil nutrients are lost due to erosion which can lead to an inability for water to infiltrate into the soil. Desertification alters land so that it is unable to grow food, collect drinking water, or support animal habitat. Certain areas of the world are seeing desertification as a result of over-pumping groundwater for agricultural and recreational reasons. Food production and drinking water are the main reasons for groundwater depreciation and drought[3].

The leading causes for diminishing supplies of freshwater is drought and agriculture. A huge proportion of the irrigation water used in agriculture comes from underground aquifers. As water collects underground from precipitation and melting snow, it is stored in these natural aquifers—which include sand, soil and rocks—that make up our water table. To put this into perspective, the agriculture industry accounts for 80% of the United States’ usable water.

Precipitation and melting snow play a large role in recharging underground aquifers. Groundwater is often seen as an indefinitely renewable resource, but the truth is that groundwater cannot recharge at the rate that it is pumped out of the ground. In the high plains, the landscaping consists of agriculture that makes up 1/5 of the country’s crops. The Ogallala Aquifer that lies below is drying up due to the ongoing demands on the land[4]. Scientists state that it could take 6,000 years for the aquifer to recharge, and this leaves many farmers wondering about their crops and income. Farmers are taking initiatives to stop tilling soil to retain soil nutrients, drought tolerant crops, and dryland farming. For those in areas affected by a depleting water table, numerous stormwater control measures (SCMs) can be used to recharge groundwater.

Areas that are especially arid obviously have infrequent rain events, but when it rains, it typically pours. Flash flooding is as common as it is dangerous and damaging to infrastructure. Additionally, since so much water becomes runoff at once, it often rapidly makes its way through the watershed without proper treatment or retention. A functioning stormwater system on a property will have the capacity to handle a 100-year storm and retain most of the stormwater and slowly meter it out. This gives the sediment that is carried into the system time to settle out, the treatment assets like semiaquatic plants the time to absorb nutrients and keeps the downstream watershed from getting washed out. Additionally, infiltration-focused stormwater systems with drywells and permeable pavement can re-charge the groundwater. Every gallon of stormwater that enters an infiltration basin instead of a concrete flume is going into our depleted aquifers instead of being lost into the ocean. Water slowly metered into a stream can help plants grow, preventing desertification and erosion, as opposed to thousands of gallons channeled down at once.

Stormwater assets can make a tremendously positive impact on reversing the causes of water scarcity, but only if they are correctly maintained. Groundwater injection wells like drywells can get clogged and may need to be cleaned. Inlets and outlets of detention basins can become covered with trash and debris, preventing water from entering or exiting. Conveyance pipes between catch basins can fill with sediment, whose levels should be regularly measured. Invasive plants should be identified and removed to prevent them from fouling the system and outcompeting with native species in your community. The key to reversing the desertification happening all over the world is to lower the impact of our activities and industries and to restore the water cycle’s behavior to its original nature. That is largely a stormwater-oriented solution; you can help make a difference in your community by reaching out to AQUALIS Stormwater Management and assessing the health of your stormwater system.